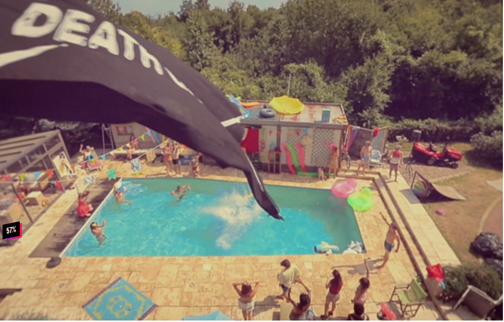 I can’t pass up an opportunity to promote the stand-out act from Coachella 2012, and earth’s greatest band, Death Grips. The second video from Death Grips’ recent album, The Money Store, is “I’ve Seen Footage,” a clever choose-your-own-adventure-style interactive video that allows you to take part in a Cali-style pool party as any number of attendees.

The POVs can be a little chaotic at times, and switching from character to character a bit tricky, but I welcome the inventive format and fresh take on the all too stale music video. Plus, what wild pool party doesn’t result in a little vertigo?

“I’ve Seen Footage” is a collaboration between the clandestine creative commandos, We Are From L.A. and MTV. Pack a cooler and head over to gifmemoreparty.com.