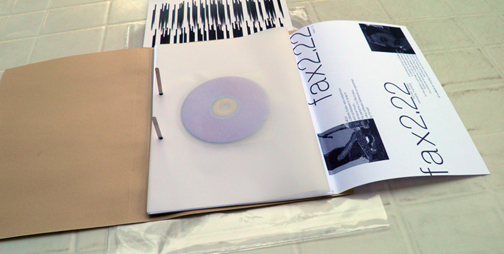 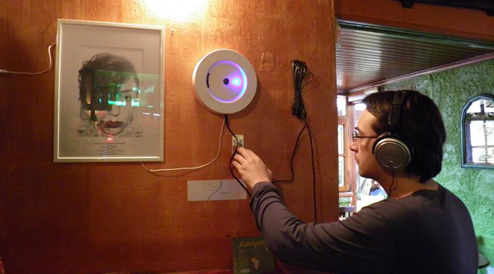 Fax2.22 is both an album and an audiovisual project from Layer Based Human Activities, a two-person studio consisting of artists John Sotiropoulos and Sotiris Laskaris who live and work in Athens, Greece. LBHA is focused on combining the worlds of music and art, and have succeeded with the recent release of Fax2.22, which is billed as “Design meets music and [an] electronic constructive.” The music of Fax2.22 was generated by three different musicians from another Athens-based creative collective, 33 Recordings: Dama, Esoteric Sob and elDot.

Fax2.22 stands out because it exists in multiple forms—there’s a “standard” release (top image) that comes packed with a number of bonus posters, art pieces and special packaging, a “Home” edition (middle image) that features an acrylic painting and optional “CD wall interface,” and a “live setup” (bottom image) edition that incorporates an image of photographer Danae Renieri—this version looks to be free, but the only catch is you’ll have to fly to Athens and track down the kakofonix bar to experience it.

The album will eventually be available through the Greek label, From A Tree.