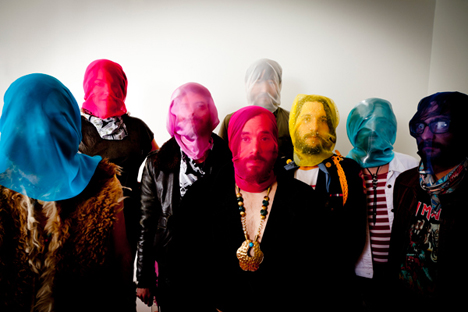 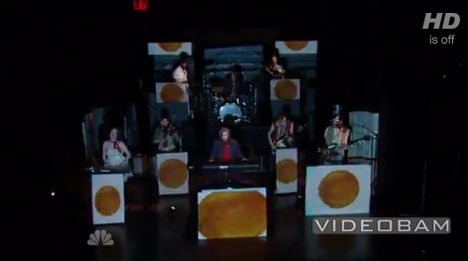 Indie hippie rock band Of Montreal recently performed on Jimmy Fallon utilizing a number of live visuals generated by Microsoft’s Xbox Kinect, which converted the band’s movements onstage into 1960’s style visuals.  The digital effects create a dreamy psychedelic performance space that enhances the nature of the band’s music. Each song the band plays on their new tour will be accompanied by similar visuals—created from over 300 images generated by the band’s lead singer, Kevin Barnes, and other artists.

Kevin’s impetus for creating the live effects: “I envisioned a video production that would be highly psychedelic and immersive, one that would enhance the darker aspects of our new material, but would also have the capacity to lift people’s spirits in a very powerful and transportive way,”