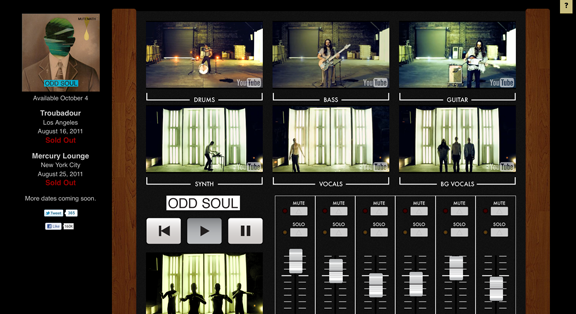 MuteMath was selected as part of the 2011 Rökbrand Report, which you can view in its entirety here. Below is the original post I wrote about their remixable music video for Odd Soul:

New Orleans-based blues rockers, MuteMath, in combination with Teleprompt Records and graphic designer, Andrew Le have created a remixable music video for the band’s new single, Odd Soul. Through a virtual soundboard designed for the song, fans can control the volume of the drums, bass, guitar, synth, vocals and background vocals, creating their own custom mix. After a little personal experimentation, I found leaving only the bass, drums and bg vocals running makes for a really cool version of the song.