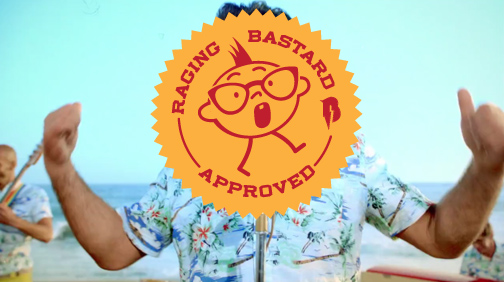 Not familiar with Raging Bastard? Consider yourself lucky. RB was a reluctant hire, and now serves as an even more reluctant contributor to RÖKBRAND. What follows is his post for the month of November, submitted to the RÖKBRAND editorial staff via a 76-part text: “So what does it take to make an interesting video these days? Apparently a German Metal band with balls of stahl and a few bottles of suntan lotion tucked in their badeanzug. This NSFW gem was directed by Jonas Akerlund – you know, the dude who directed that controversial video about the alcoholic who walks into a bar and quickly becomes a complete asshole? Yeah, now he’s got his sites on surfing. Look out, American beach communities!”